The meaning of life in a world without work

As we contemplate the changing nature of life and work, with the increasing contribution of technology, we struggle to understand the place for those in the workforce whose jobs are becoming obsolete, and don’t have the skills for the new jobs.

But author Yuval Noah has also been thinking, and come to some interesting conclusions.

The meaning of life in a world without work

YUVAL NOAH HARARI
Published in The Guardian || May 8th

Most jobs that exist today might disappear within decades. As artificial intelligence outperforms humans in more and more tasks, it will replace humans in more and more jobs. Many new professions are likely to appear: virtual-world designers, for example. But such professions will probably require more creativity and flexibility, and it is unclear whether 40-year-old unemployed taxi drivers or insurance agents will be able to reinvent themselves as virtual-world designers (try to imagine a virtual world created by an insurance agent!). And even if the ex-insurance agent somehow makes the transition into a virtual-world designer, the pace of progress is such that within another decade he might have to reinvent himself yet again.

The same technology that renders humans useless might also make it feasible to feed and support the unemployable masses through some scheme of universal basic income. The real problem will then be to keep the masses occupied and content. People must engage in purposeful activities, or they go crazy. So what will the useless class do all day?

One answer might be computer games. Economically redundant people might spend increasing amounts of time within 3D virtual reality worlds, which would provide them with far more excitement and emotional engagement than the “real world” outside. This, in fact, is a very old solution. For thousands of years, billions of people have found meaning in playing virtual reality games. In the past, we have called these virtual reality games “religions”.

What is a religion if not a big virtual reality game played by millions of people together? Religions such as Islam and Christianity invent imaginary laws, such as “don’t eat pork”, “repeat the same prayers a set number of times each day”, “don’t have sex with somebody from your own gender” and so forth. These laws exist only in the human imagination. No natural law requires the repetition of magical formulas, and no natural law forbids homosexuality or eating pork. Muslims and Christians go through life trying to gain points in their favorite virtual reality game. If you pray every day, you get points. If you forget to pray, you lose points. If by the end of your life you gain enough points, then after you die you go to the next level of the game (aka heaven).

As religions show us, the virtual reality need not be encased inside an isolated box. Rather, it can be superimposed on the physical reality. In the past this was done with the human imagination and with sacred books, and in the 21st century it can be done with smartphones.

Some time ago I went with my six-year-old nephew Matan to hunt for Pokémon. As we walked down the street, Matan kept looking at his smartphone, which enabled him to spot Pokémon all around us. I didn’t see any Pokémon at all, because I didn’t carry a smartphone. Then we saw two others kids on the street who were hunting the same Pokémon, and we almost got into a fight with them. It struck me how similar the situation was to the conflict between Jews and Muslims about the holy city of Jerusalem. When you look at the objective reality of Jerusalem, all you see are stones and buildings. There is no holiness anywhere. But when you look through the medium of smartbooks (such as the Bible and the Qur’an), you see holy places and angels everywhere.

The idea of finding meaning in life by playing virtual reality games is of course common not just to religions, but also to secular ideologies and lifestyles. Consumerism too is a virtual reality game. You gain points by acquiring new cars, buying expensive brands and taking vacations abroad, and if you have more points than everybody else, you tell yourself you won the game.

You might object that people really enjoy their cars and vacations. That’s certainly true. But the religious really enjoy praying and performing ceremonies, and my nephew really enjoys hunting Pokémon. In the end, the real action always takes place inside the human brain. Does it matter whether the neurons are stimulated by observing pixels on a computer screen, by looking outside the windows of a Caribbean resort, or by seeing heaven in our mind’s eyes? In all cases, the meaning we ascribe to what we see is generated by our own minds. It is not really “out there”. To the best of our scientific knowledge, human life has no meaning. The meaning of life is always a fictional story created by us humans.

In his groundbreaking essay, Deep Play: Notes on the Balinese Cockfight (1973), the anthropologist Clifford Geertz describes how on the island of Bali, people spent much time and money betting on cockfights. The betting and the fights involved elaborate rituals, and the outcomes had substantial impact on the social, economic and political standing of both players and spectators.

The cockfights were so important to the Balinese that when the Indonesian government declared the practice illegal, people ignored the law and risked arrest and hefty fines. For the Balinese, cockfights were “deep play” – a made-up game that is invested with so much meaning that it becomes reality. A Balinese anthropologist could arguably have written similar essays on football in Argentina or Judaism in Israel.

Indeed, one particularly interesting section of Israeli society provides a unique laboratory for how to live a contented life in a post-work world. In Israel, a significant percentage of ultra-orthodox Jewish men never work. They spend their entire lives studying holy scriptures and performing religion rituals. They and their families don’t starve to death partly because the wives often work, and partly because the government provides them with generous subsidies. Though they usually live in poverty, government support means that they never lack for the basic necessities of life.

That’s universal basic income in action. Though they are poor and never work, in survey after survey these ultra-orthodox Jewish men report higher levels of life-satisfaction than any other section of Israeli society. In global surveys of life satisfaction, Israel is almost always at the very top, thanks in part to the contribution of these unemployed deep players.

You don’t need to go all the way to Israel to see the world of post-work. If you have at home a teenage son who likes computer games, you can conduct your own experiment. Provide him with a minimum subsidy of Coke and pizza, and then remove all demands for work and all parental supervision. The likely outcome is that he will remain in his room for days, glued to the screen. He won’t do any homework or housework, will skip school, skip meals and even skip showers and sleep. Yet he is unlikely to suffer from boredom or a sense of purposelessness. At least not in the short term.

Hence virtual realities are likely to be key to providing meaning to the useless class of the post-work world. Maybe these virtual realities will be generated inside computers. Maybe they will be generated outside computers, in the shape of new religions and ideologies. Maybe it will be a combination of the two. The possibilities are endless, and nobody knows for sure what kind of deep plays will engage us in 2050.

In any case, the end of work will not necessarily mean the end of meaning, because meaning is generated by imagining rather than by working. Work is essential for meaning only according to some ideologies and lifestyles. Eighteenth-century English country squires, present-day ultra-orthodox Jews, and children in all cultures and eras have found a lot of interest and meaning in life even without working. People in 2050 will probably be able to play deeper games and to construct more complex virtual worlds than in any previous time in history.

But what about truth? What about reality? Do we really want to live in a world in which billions of people are immersed in fantasies, pursuing make-believe goals and obeying imaginary laws? Well, like it or not, that’s the world we have been living in for thousands of years already. 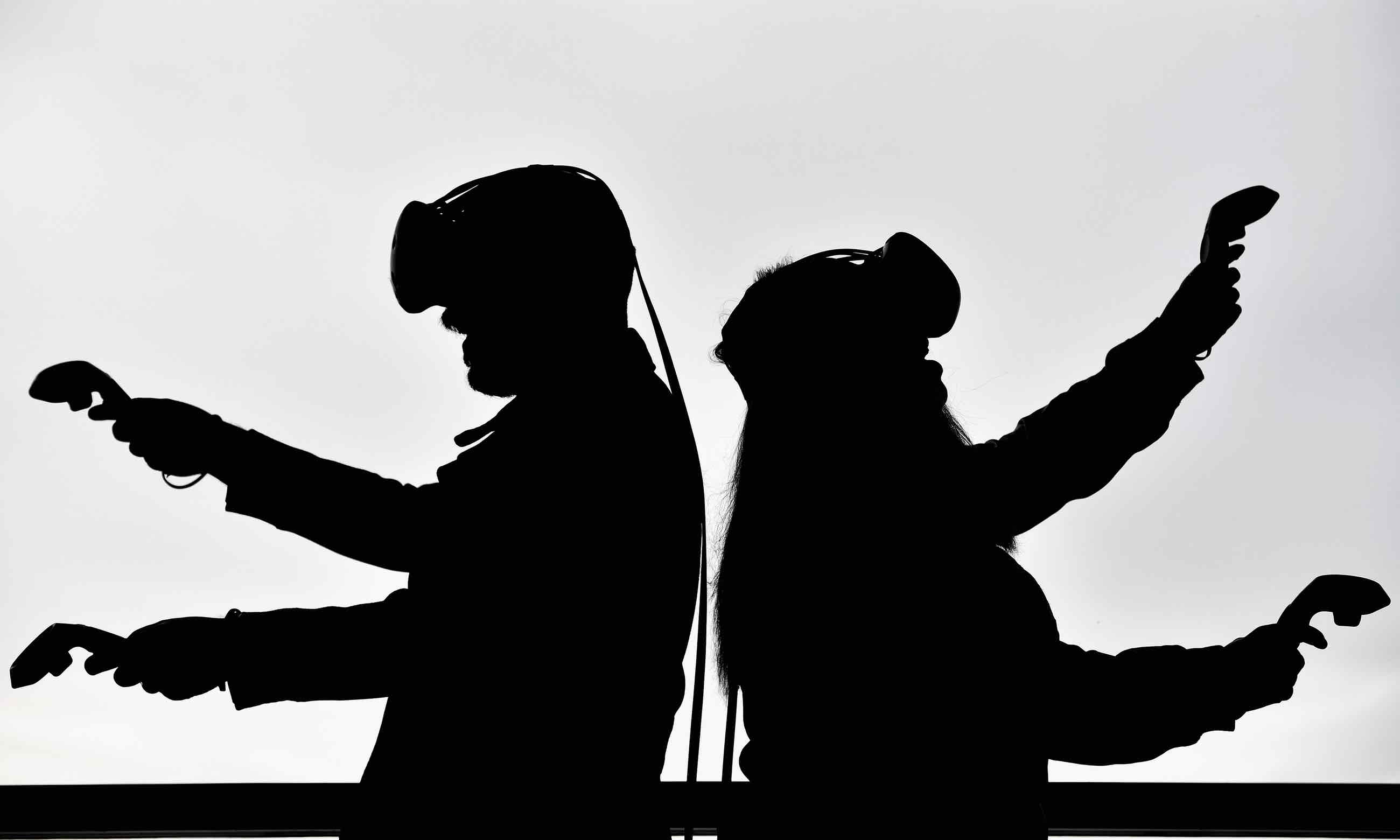